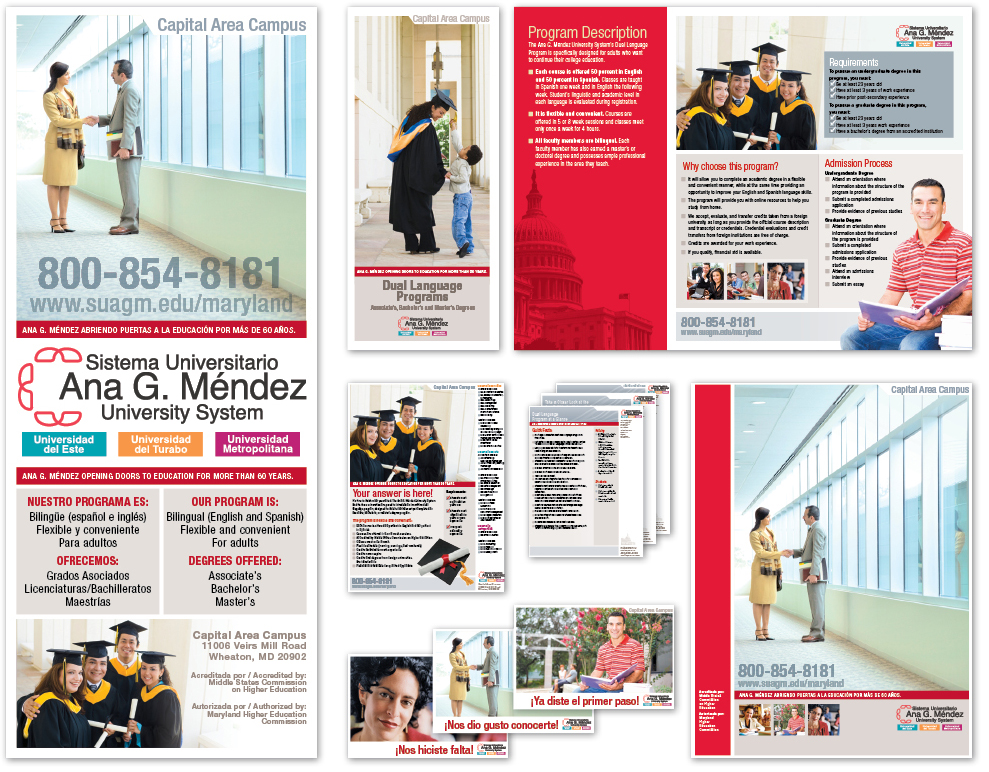 There is no question that the American Hispanic population is growing rapidly. Many members of this demographic are also bilingual, which is an opportunity both for these individuals and organizations looking for bilingual speakers. The Puerto Rico-based Ana G. Méndez University System (AGMUS) embraced this opportunity and called on TMN to help them introduce their dual-language education program and new campus to the nation’s capital.

In only a matter of weeks, TMN developed and implemented a series of creative strategies that successfully branded the new program while piquing interest in it among the local Hispanic community in time for the campus’ grand opening.

TMN combined its knowledge of Hispanics with the Washington, DC market to produce and place advertisements that generated more than 16 million media impressions.  These materials included:

With a strong outreach plan in place, TMN worked with AGMUS to organize a ribbon cutting ceremony at its new campus. TMN’s team developed promotional materials for the event and provided on-site support at ceremony, which had more than 100 people and several local officials in attendance.

The result of these efforts was an impactful introduction of SUAGM to the Washington, DC area that registered 26% more students than the client’s expected goal.