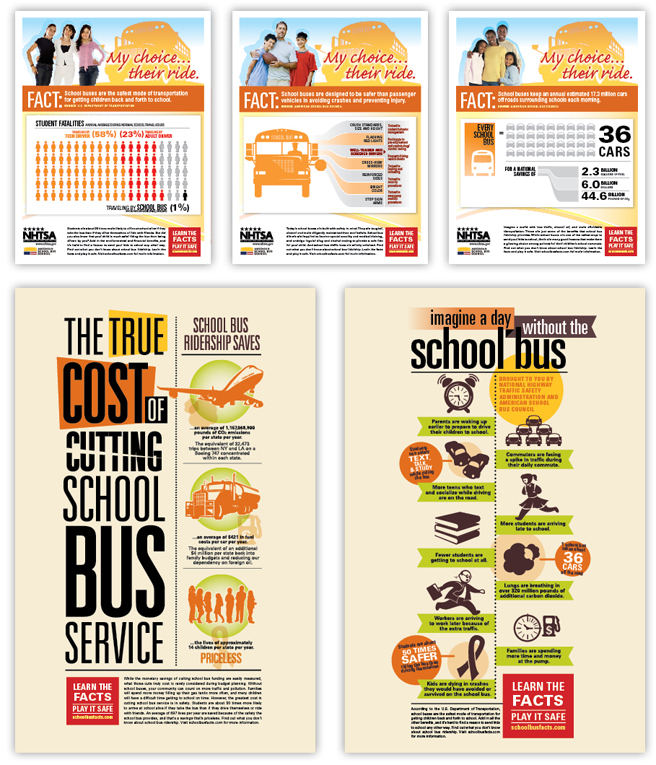 Statistics show that the school bus is the safest form of student transportation, but did teens and parents know that?  To find out, TMN’s contributed efforts in focus group testing with teens and parents to determine each audience’s perception of school bus ridership and reactions to sample messages about the topic. This research helped uncover three significant findings:

Armed with this information, TMN’s programs team developed campaign messaging and materials centered around school bus safety to educate parents of teens and increase bus ridership among their children.  The campaign’s tagline, “My choice… their ride,” was developed to reinforce parents’ role in securing their children’s safety.

In addition, 5 info graphics illustrating safety statistics left parents thinking about the facts represented rather than the credibility of the claims. All materials created by TMN met 508 compliance.

The campaign’s messaging and materials were well-received among target audience members. NHTSA also requested that TMN provide new recommendations for addressing this important topic in other materials.