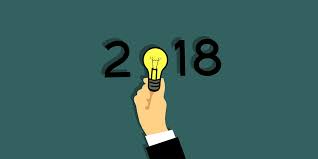 In 2017, promoted ads became the norm on Facebook and Instagram. The ads are ideal for companies and especially small business to reach targeted audiences. Companies can craft a post and then pay to have it boosted for a chosen period of time. While Twitter has become less favored by companies to promote their brand Twitter has a few tricks up their sleeve.

Twitter increased their character limit from 140 to 280. This small step allows companies to add more hashtags which will increase their exposure exponentially. Twitter does have an ad program but they are about to launch a more effective program. Twitter’s $99 monthly subscription ad program aims to help small business gain more exposure on the platform.

Instagram stepped up their video game last year with Instagram Stories drawing the attention of Snapchatters. Facebook has a story feature now built into their messenger app. Expect to see more companies using video and story strategies to attract new customers. On Instagram Stories hashtags and other cute emojis can be added. These hashtags are how others who are not followers can find their stories just like normal posts that have hashtags.

In today’s fast-paced social media world, social media influencers have thousands of followers promote everything from beauty products to cruises. You do not have to be a celebrity to promote a brand. These influencers do a fantastic job of promoting and the companies make money. It is a win win situation.

The food scene blew up years ago with the food competition shows and cooking shows. Then many of these celebrity chefs featured on the shows began opening restaurants in major cities. Feeding ground (no pun intended) for social media influencers who love trying new dishes. What once used to seem silly to see people taking pictures of their food became free advertising for these restaurants. In turn, the posts enabled the social media influencers to grow their online presence.

This trend is not going away anytime soon. Companies and social media influencers have and will continue to go hand in hand.